Sessions will be structured and organised with the emphasis on fun and learning.  There is a lot of lace tying and sometimes it looks like organised chaos - but its lots of fun for all involved.

The Mission is to introduce the children to football and learn some basic skills, Have some fun and get to show off their new shiny boots.  Some games with local teams may be organised throughout the year but largely the children will play each other and have fun!  Boys and Girls are welcome

With great facilities at the Manuden MUGA all weather pitch.

In 2020/21 Minis will be run by our head coach Ross Kitteridge Aaron Cameron-Prior and James Free.  3 of the most highly skilled highly trained coaches at the club.   With so many badges between them this is the best place to start and for your child to hone their skills

I am currently assisting in the coaching of our U9’s team and hold a level 1 coaching badge which I completed in November 2018.

I support our main ethos which follows that of the FA player development. We feel it is important to support the social and phsycological aspect of our young players game. As long as the children are having fun this gives them and us time to develop their technical and physical attributes.

Most of our training sessions are broken down into game related practises which emulates real matches, by avoiding lines, lectures and Laps I believe we keep football fun and interactive.

I have a passion for football since a young age and still play 2-3 times a week (just about).

I am the Head Coach at Manuden JFC.

My role within the club is to support the development of our players and coaches across all age groups within the football club.

I enjoyed a short spell of playing in grassroots football at the age of 7 & 8, but was scouted by Arsenal academy and was there to the age of 16. Working under some fantastic coaches - Steve Bould, Paul Davies and Liam Brady to name a few.

I then joined Reading FC and continued my development as a youth player for three further season, culminating with a loan move to Basingtoke Town FC. After leaving Reading FC, I soon made my mark in Non-League football with over 250 appearances for several sides.

In the end, my playing days were cut short. The opportunity to go and work within one of the best academy set up in the world at Arsenal FC was too good to turn down!

6 years on, I've been extremely fortunate to work with some of the most talented young players in England... However, I wasn't content, and I felt that I could give so much back to the Grassroots environment!

Over the course of my coaching career thus far, I have gained qualifications up to UEFA B in outfield & goalkeeping, and have also completed the FA Youth Awards. 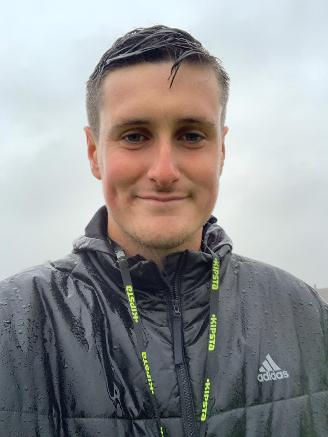